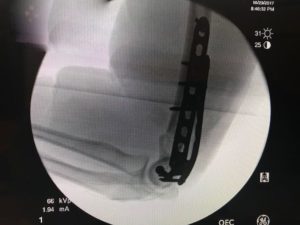 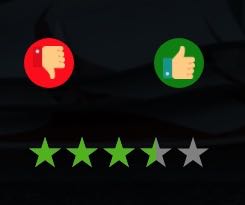 911 responds fast, but be critical when choosing the hospital

Some weeks ago, my wife, Angelica had an accident shattering her elbow. It happened at a friend’s birthday party, where she, in her lively and engaging manner, was directing all guests to form for a group picture. I was all the way in the back of the crowd, when suddenly I see her standing on a chair with a smart phone in her hand. Right after that she disappeared and I hear a loud:“OOOOHHH”. I got closer and see her again, hearing a relieving “AAAAHHH” from the spectators. Besides all chaos and people standing in front of me, I realized that she had fallen from the chair standing up again right after. But when I saw the expression in her face, I knew immediately that something was wrong.

I got scared, because it crossed my mind that she might have injured her head, neck or spine when hitting the rock-hard ceramic tile. Her voice brought me back from my thoughts: “Pedro, call 911, I broke my arm!” After hearing her self-diagnosis, I was somehow relieved. I approached her and saw that she was in a lot of pain. With all our friends standing around her, she told me that the fracture was very bad and that the left arm was hanging loose. Immediately I called 911 and the paramedics arrived in less than 5 minutes. The emergency response was benchmark!

In the time the rescue team was doing the first assessment and securing my wife’s broken arm, Sergio, a doctor who was also at the party and with whom I had been chatting before, gave me an important tip. He underlined that I should ask the ambulance not to drive to the nearest hospital, but to the one in Hollywood, which was a bit further away. I asked him why, and he explained that because of the lower waiting times. Without chance for more research, I just followed his advice and instructed the ambulance team accordingly. Our preferred choice would have been the Clinic close to our home, but they said it was outside their perimeter. The learning here is that if you want to change hospitals or doctors, you have to do it after the patient is stabilized in the nearest emergency room or drive the patient yourself.

While we were waiting in the emergency room for the different tests, x-rays, CT to be performed, I searched the Internet scrolling through some review sites checking evaluations of the hospital, the surgeon and alternatives. Guess what; in the greater Miami Metropolitan area, no hospital rating was above 3.8 stars out of 5. The hospital we were at had a Google rating of 3.5 and the surgeon who was going to operate a 3.1. Based on South Florida’s hospital online reputation, I should have flown my wife directly to Germany (the time would have been the same).

With Angelica having no tolerance to any type of drugs, the doctors and nurses were not able to find the right balance between managing the pain and keeping her from vomiting. On top of that, when they immobilized her arm, the nurse finished tearing off the funny bone nerve and two fingers stopped working. That is when I seriously considered taking her to a different clinic. I told it to the attending doctor and he responded that I was free to do so. I wanted to knock him down, but then I thought to myself that by trying to force things, sometimes you make the situation worse. And poor Angelica was feeling so bad that I decided to stay and not to cause additional disruption.

Mrs. Doubtfire and the “customer experience” at 7-Central

Not knowing when the surgery was going to take place, we were moved from the Emergency area to a room at the 7th floor in the hospital. Just separated by curtains on the other side of the room, was an older lady. She spoke like Mrs. Doubtfire from the movie stared by Robin Williams. Her English was of great vocabulary and she was very eloquent and constantly on the phone. The morning after the accident we finally met the orthopedic surgeon and his first comment was that the elbow was badly hurt. As I had seen the CT images, I already knew that he was not just trying to lower our expectations. Finally we got the diagnosis: “Intra-articular displaced fracture of the supracondylar left humerus with displacement and angulation without open wound of compounding”. In simple words, the elbow was shattered!

Also our roommate, Mrs. Doubtfire, whose voice had amused us by the similarity with the movie character, got her diagnosis. Our amusement turned into sadness when a male voice behind the curtain told her in a very blunt manner that her toe had an infection deep to the bone and that it needed to be amputated. She took the news with great courage, but was certainly double impacted by the way this other doctor had communicated it to her. There are many things that happen at hospitals that are bizarre, painful and far away from optimal; and it requires of greatness and emotional qualities by the staff to handle the patients and their families with empathy and respect.

From another room we were hearing a woman shout in Spanish the most horrible insults about her daughter in law. The doors of the rooms were mostly open, because nurses and staff would come in and out; therefore the whole floor was able to listen to this “Telenovela” (Latin soap opera) performance. Nurses and staff seemed not to be very impressed with the craziness and continued busy following their routine. We also experienced a “code red”, which seems to be a situation where a patient needs to be revived and transferred to intensive care. The sounding alarm and lights, and self-locking corridor doors got a higher level of attention from the station staff then the screaming lady.

The morning turned into the afternoon and then the evening, meaning that we waited 18 hours from 1 am to 7 pm. It seemed endless, because my wife was in a lot of pain and nausea. Finally she was brought into the operating room as the surgeon’s last emergency patient that weekend. The reconstructive surgery lasted three hours. Dr. T’s supernatural resistance, energy and skills, allowed him to put together the elbow and basically saved Angelica’s arm. Impressive achievement, when you consider that he did this after operating three days almost not-stop. I am very glad and thankful that my wife is well now.

Going back to the reputation of hospitals and doctors, I could clearly see that the quality of the medical services received in this case was much higher than what was reflected in the online ratings. When you read the individual reviews in more detail, most of the negative experiences where related to the excessive cost, the administrative processes and waiting times. The performance of the human factor was mostly positive and professional.

It is clear to me that hospitals bring in top surgeons like Dr. T to improve their image, and for sure this is a good thing to do. Still, there are many other areas that need to be addressed and they require a lot of hard work on the detail.

The power of the consumer to transform the “Health System”

Here our health system and its interest groups and leaders have to take a step back and look at what they are really doing, because when patients, doctors and the medical personnel all complain about the overblown hospital costs, the ridiculous administrational and legal ballast they have to carry, on top of the difficult enough job that is curing the ever growing number of sick, we know that the US “health system” needs radical transformation.

A good starting point is increasing patient feedback through online reviews. More published opinions will not only balance and solidify the representativeness of the picture of what is being achieved by the medical service field in terms of care quality, but also put pressure on hospitals, drug corporations and insurance companies to reduce cost, increase transparency and choice and eliminate waste in the system.

My call to action to you patients and consumers, regardless of having had a good or bad experience, please do review your doctors and hospitals and other service providers, give feedback on what works and does not, be fair and do not make it personal. Your opinion counts and it should not be limited to patients. You doctors and CEO of medical service providers, please ask your patients to provide you with feedback through online reviews. Listen to what they say, learn and improve upon it.

I am very happy that all came out good and Angelica is recovering well now. Our friend’s advice to have the ambulance take her to his recommended hospital was really important, because it did have a 24/7 trauma emergency center, ready at all times to perform surgeries on complicated fractures. We were also especially lucky that Dr. T, one of the top orthopedic surgeons, was on duty that weekend. All in all, we had a good experience and are very thankful to all the people that took care of my wife. And last but not least, she was insured and did not have to pay the outrageous hospital bill at the price level of a full size luxury SUV.